WellBeing by Well.ca | benefits of breast feeding
It goes without saying that parent want what’s best for their child! One of the toughest decisions to make is whether to breastfeed or to use formula. Here are some of the benefits of breast feeding.
benefits, breast feeding
53752
bp-legacy,post-template-default,single,single-post,postid-53752,single-format-standard,qode-quick-links-1.0,ajax_fade,page_not_loaded,,qode-title-hidden,vss_responsive_adv,qode-content-sidebar-responsive,qode-child-theme-ver-1.0.0,qode-theme-ver-11.1,qode-theme-bridge,wpb-js-composer js-comp-ver-6.4.2,vc_responsive,no-js
Feeding & Meals


What Are The Benefits of Breastfeeding? 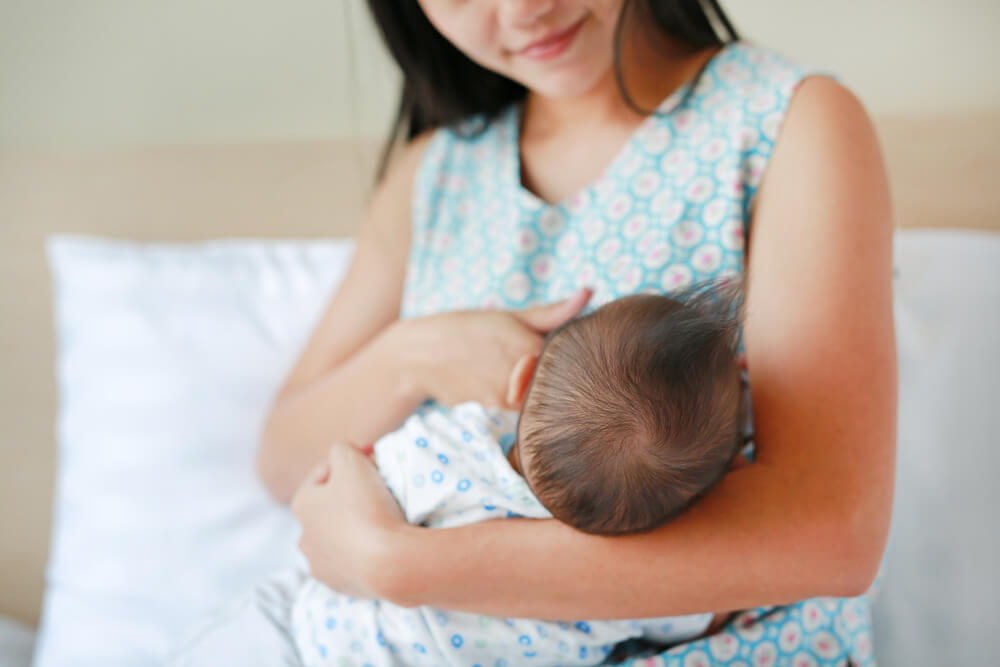 It goes without saying that parent want what’s best for their child! One of the toughest decisions to make is whether to breastfeed or to use formula.

Breastmilk has evolved to be a nourishing elixir for your little one. So what are the benefits of breastfeeding?

From birth a mother’s body is preparing to breastfeed. Colostrum is the first special kind of milk produced. It’s a highly concentrated, easily digested milk that contains everything a newborn needs to build a strong immune system.

Colostrum is super high in protein and it provides a high concentration of antibodies to prevent infections. The germ-fighting white blood cells, or leukocytes, also help protect your baby from bacteria and viruses. Colostrum gradually turns into mature milk, but its same disease-fighting properties continue to be provided.

A mother’s milk can also help baby deal with immediate environmental health dangers. If a mom is exposed to germs, their body will produce antibodies “on the fly”. For example, if there is a bug going around, a mom’s body incorporates the appropriate antibodies into their milk so that their baby can also resist the illness.

Breast Milk is a Nutritional Powerhouse

If you’re breastfeeding, you and your baby have a great start. Health Canada recommends exclusive breastfeeding for the first six months, with solids gradually being introduced when the baby is ready. They recommend that breastfeeding continue until at least two years of age, and then for as long as the mom and child want. However, even if you only breastfeed for a few weeks, your baby will still get lots of important nutrients!

Breastmilk has the perfect combination of fats, vitamins, and carbohydrates. It also contains antibodies, digestive enzymes, and hormones. In fact, some fatty acids like DHA (Docosahexaenoic acid) and AA (Arachidonic Acid) are only found in breast milk, and we have good reason to believe that they contribute to a higher performance on cognitive and IQ tests later in life. The formats of DHA and ARA found in formula are not absorbed as quickly by the body and have not shown the same improvement in brain development as from breastmilk.

Research from the National Resources Defense Council shows some dramatic statistics in developing countries where the differences in infection rates can seriously affect an infant’s chances for survival. In Brazil, they say that a formula-fed baby is 14 times more likely to die than a baby fed exclusively breast milk. Research shows that the immunological benefits of breastfeeding enable the growing baby’s immune system to mature as the child grows. It reduces gastrointestinal illness in infants by up to 82 % and been shown to reduce the risk of Sudden Infant Death Syndrome (SIDS) by up to 500%.

Moms will be happy to know that the investment they are making in breastfeeding may even continue to benefit a child in later life.

Breastmilk May Help to Make Your Child Smarter

It’s clear that human milk contains lots of ingredients that are essential for the health of your baby. But, did you know that it may also help your baby to be smarter?

Breastmilk contains ingredients like long chain fatty acids that are necessary for brain, eye, and nervous system development. These fatty acids are deposited in the brain during the last trimester of pregnancy and are also found in breast milk. The question is whether these nutrients in breastmilk enhance brain growth and positively impact intelligence.

There has been a lot of research in this area. A 2013 study published by JAMA Pediatrics, a journal of the American Medical Association, concludes that the ingredients in human milk may have the potential to make children smarter. For their study, they followed over 1300 moms and kids and found that longer breastfeeding duration was associated with better language skills at the age of 3.

The same study showed improved verbal and nonverbal intelligence at the age of 7, compared to kids who were formula-fed.

Even if you don’t breastfeed for long, a study conducted at Oxford University, found that as little as four weeks of breastfeeding had significant, long-term effects on cognitive development later in life.

Give Your Baby the Best Possible Start

These research studies mentioned in this article support efforts by breastfeeding experts and public-health advocates to increase breastfeeding rates, which start around 89% but drop below 25% by a baby’s first birthday. Their conclusion? Breastfeed as long as you can to give your child the best start in life and perhaps even boost their IQ. The benefit is greater the longer you and your baby stay with it, so why not set yourself a target duration? Make sure your family members and friends know so they can help you out during any tough times.

Human milk is valuable from a nutritional, immunological, developmental and cognitive perspective. The most important benefit of breastfeeding that it uses a mother’s ability to create food for their child that is perfect in every way.

For more than 50 years, we’ve been dedicated advocates of breastfeeding moms. As the #1 breast pump brand, Medela is committed to improving mom’s breast milk pumping experience and her ability to successfully provide breast milk to her baby for as long as she chooses.