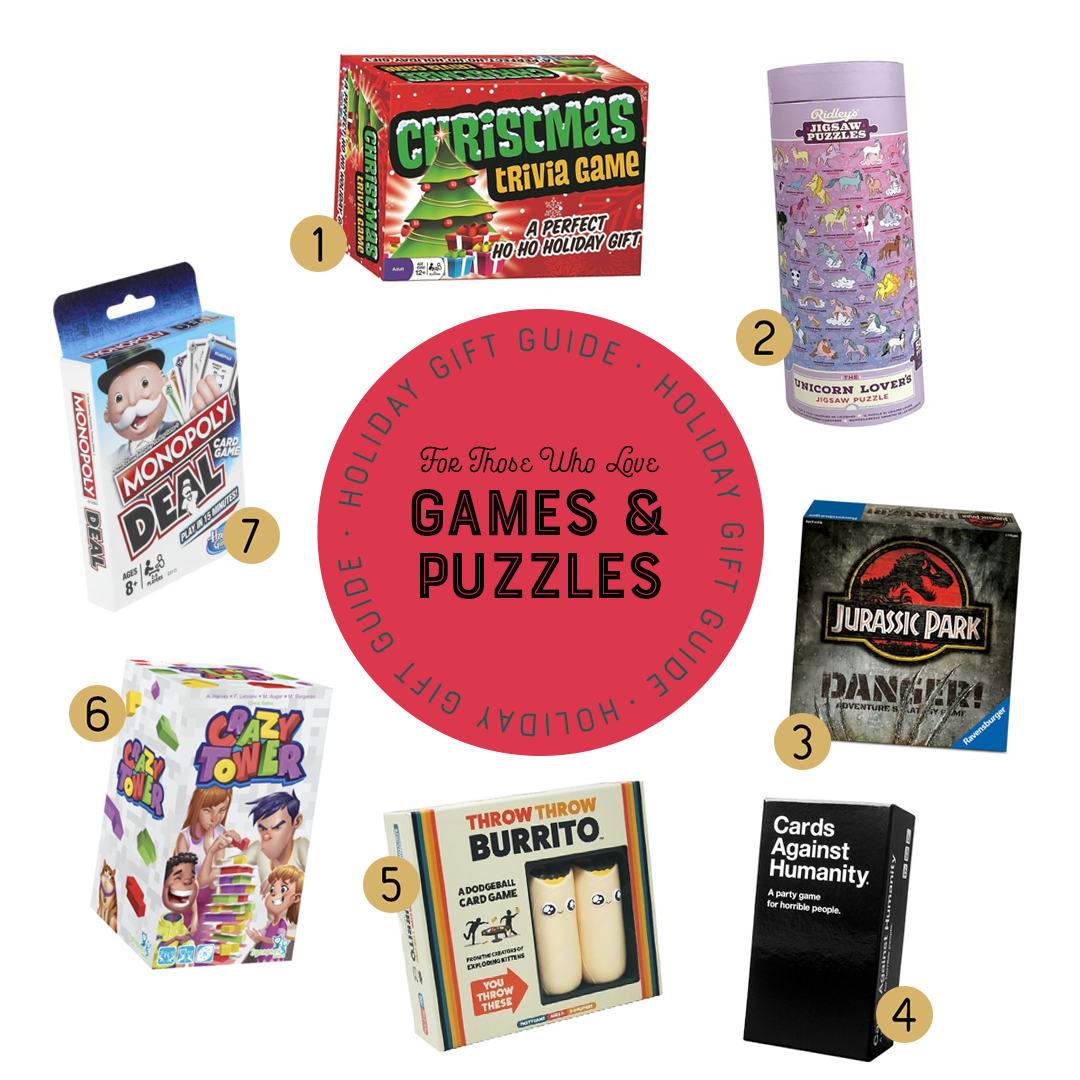 We had to start with the classic Christmas Trivia! From Saint Nicholas to Sinterklass, and Ebenezer Scrooge to Frosty the Snowman, test your knowledge on carols, holiday movies, stocking stuffers, the north pole, and other Christmas traditions. There are no complex rules or game pieces to keep track of. Just open and enjoy! This is perfect for family members of all ages. 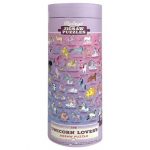 If you’ve got a little who loves unicorns, the Unicorn Lovers Puzzle is for them! This five hundred piece puzzle was made for kids of six to eight years old and it can be turned into wall art once completed. 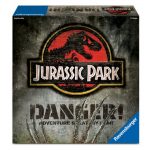 For all dinosaur-loving families, the Ravensburger Jurassic Park Danger! Game is a must. To set the scene, imagine: The first visitors have arrived at Jurassic Park to see its miraculous dinosaurs firsthand. But chaos has hit Isla Nublar! The power is out, and the prehistoric creatures are on the hunt! One player controls the T. rex, Dilophosaurus, and Velociraptor, prowling through the jungle to attack the humans. The other players team up as characters from the classic movie, struggling to get Jurassic Park back online and escape the island before they fall prey! 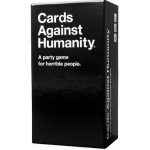 You may want to wait until the littles are tucked into bed to play Cards Against Humanity. Unlike most of the party games you’ve played before, Cards Against Humanity calls their game “as despicable and awkward as you and your friends”. The game is simple. Each round, one player asks a question from a black card, and everyone else answers with their funniest white card. The player who chooses the funniest white card wins! 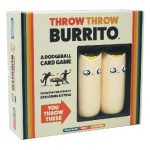 It’s the world’s first dodgeball card game! You get to collect cards, play your hand, and throw things at your friends and family! What could go wrong?!

Throw Throw Burrito is what you get when you cross a card game with dodgeball. Try to collect matching sets of cards faster than your opponents while simultaneously ducking, dodging, and throwing squishy airborne burritos.

The cards you collect earn points, but getting hit by flying burritos loses them. So clear some space and put away the antiques, because you’ve never played a card game quite like this before. 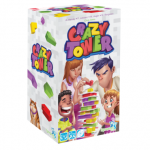 In the Synapses Games Crazy Tower, players work together to get rid of their blocks and build a safe, stable structure. All of them, except for one that is. One player takes on the role of the Traitor, looking to deviously make a building that will collapse on another player’s turn. Will they succeed, or will the Tower stand the test of time? Either way, you can bet it’s going to be crazy! 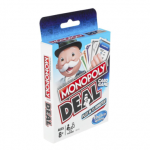 If you know your giftee loves Monopoly, then the Monopoly Deal Card Game is a great way to help them continue the family fun, but with a twist.

Monopoly Deal Card Game is a handy way to play the classic property-trading game! Be the first to collect three full property sets of different colors, and you’ll win! You’ll pick up cards when it’s your turn and play Action cards to charge players rent, steal their cards or demand money for your birthday. Build up property sets, gather piles of money and keep wheeling and dealing until you’re the Monopoly Deal winner!

What are your favourite games and puzzles? Tell us below!